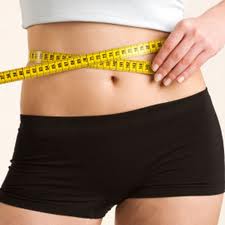 Women frequently ask themselves, "What happened to my body?" after the birth of their second or third child Despite dieting and exercise, young women notice their abdomen does not look as good as it once did. Stretch marks may be present across their lower abdomen, and no matter how many "crunches" are done muscle tone just cannot be recovered.

For these reasons, many women consider abdominoplasty, known euphemistically as "tummy tuck". Through this surgery, excess lower abdominal skin is removed. Muscles that have been displaced by pregnancy are tightened and returned to their anatomic position. This procedure can be tailored to the individual - short incisions for limited skin excess and longer incisions as needed. Liposuction of the hips is frequently concomitantly performed to enhance the surgical result. Some patients may also choose to have other cosmetic procedures in the same operative setting, thereby reducing cost and allowing for a combined recovery. Alternatively, abdominoplasty can be performed at the same time as a hysterectomy. Patients justify this by saying, "Well if I have to have a hysterectomy, I might as well have a 'tummy tuck' at the same time." Your plastic surgeon and gynecologist should be able to determine if you are healthy enough to have these two procedures at once.

An abdominoplasty is a significant operation, and patients are prudent to consider a lesser alternative treatment such as liposuction. Liposuction can remove excess fat from the lower abdomen and, if excess fat is the only concern, then it is the preferred treatment. However, when skin excess and muscle looseness are significant, an abdominoplasty can be the better choice of treatment.

Due to the scope of this surgery, it is most frequently performed under general anesthesia. While it maybe done as an outpatient, most surgeons (myself included) have the patient stay in the hospital after their surgery. I feel postoperative pain is more easily managed in this manner. Furthermore, family members or friends can be relieved of the nursing responsibilities, which are usually the greatest during the first 24 hours following surgery.

After discharge, most patients who are office workers can return to work in as little as a week or two. Those whose job requires a little more lifting or strenuous type work can usually return to work in two to three weeks. Abdominoplasty is a significant procedure and involves risks common to similar surgeries. Bleeding and infection could be expected but would be very uncommon. As the incision can be long, scarring is always a consideration. Other problems involve numbness, pain, and delayed healing.

A tummy tuck should not be pursued lightly. However, in an informed patient who is in good health, an abdominoplasty can frequently have gratifying results by reversing some negative changes of pregnancy.

Abdominoplasty is real surgery and involves risks such as bleeding, infection, and scarring. Results vary. Dr. Pin will be happy to discuss these and other risks of abdominoplasty.